Domestic Violence in the Hispanic Community 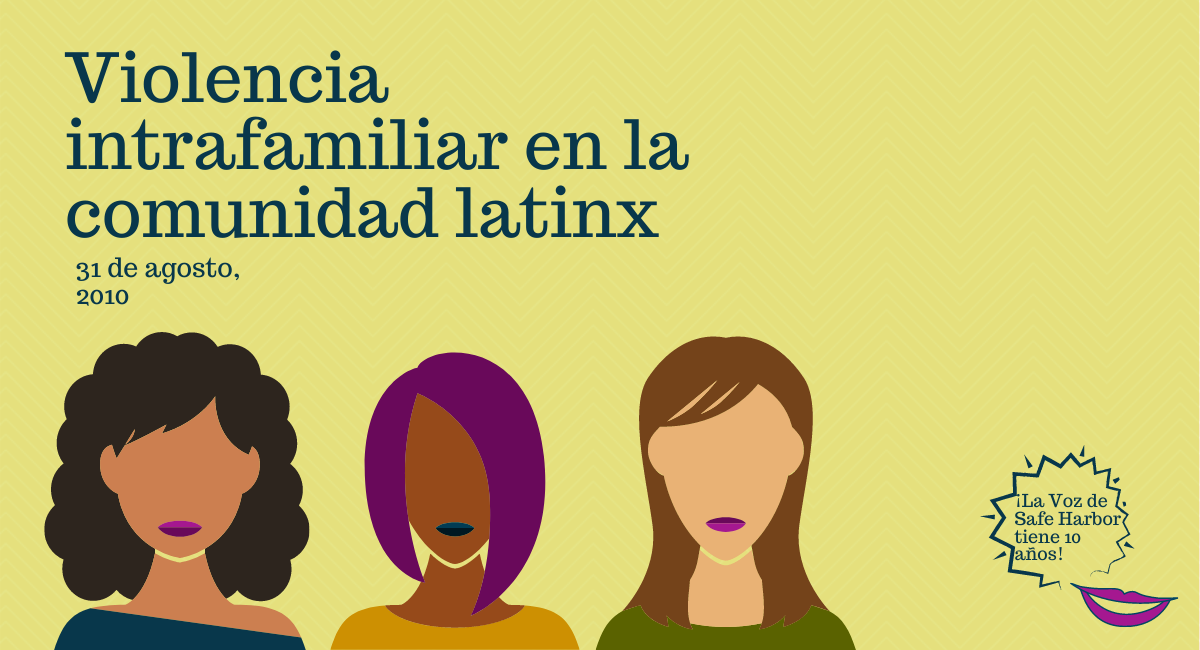 Domestic violence is defined as a pattern of physical, psychological or sexual abuse, threats, intimidation, isolation or economic coercion used by one person to exert power and control over another person in the context of an intimate relationship.

Domestic violence is a devastating reality in our communities and in our world today. Domestic violence affects 1 in every 4 women in the United States. A case is reported every minute in this country, and it is estimated that a woman is abused every 9 seconds. Also, statistics show that domestic violence is the main cause of injury to women – more than car accidents, muggings and rapes combined.

Domestic violence is just as serious and prevalent in the Hispanic community as it is with other racial and ethnic groups. Like other victims, Hispanic victims face important internal and external barriers to leave an abusive relationship. These barriers include: hope that the abuser will change or that the abuse will stop, embarrassment or shame, financial dependence on the abuser, fear of emotional and physical retaliation if they leave, lack of supportive relationships, hopelessness, and guilt – among many others.

Hispanic victims, however, also face additional unique challenges when seeking help and addressing their domestic violence relationship, making their situations even more complex. Some of these barriers are discussed below. Even though native-born Hispanic victims and immigrant Hispanic victims face differing challenges, they are grouped together in this article for purposes of simplification.

While it is a common tactic for an abuser to isolate the victim, the victim’s isolation in the Hispanic community may be intensified by a language barrier. Lack of English proficiency can prevent victims from adequately knowing what kinds of resources are available to help them leave their relationships. A limited knowledge of English can pose a barrier for the victim to understand exactly what the services entail and how to access them.  Also, it is important to note that community outreach and education for Spanish-speaking victims of domestic violence is almost non-existent. Few materials are created specifically for Latinas or even translated into Spanish, making the language barrier much more real and difficult to overcome.

Another common tactic to gain power and control is constant threats and intimidation. Within the Hispanic community, the threat of deportation is a powerful and intimidating control scheme and is, again, very difficult to overcome. Lack of knowledge about their rights and immigration law creates great worry and anxiety for victims, who are very often controlled with their abuser’s threats to contact USCIS. Abusers may make threats like “you will be deported”, “the government will take the children”, or “the children will be given to me”. A study of undocumented female immigrants found that for 64 percent of Hispanic victims, fear of deportation was a primary barrier to seeking help from service agencies. Many studies have shown that there are psychological and socio-economic stressors associated with immigration that increases the risk for domestic violence. A study by the National Latino Alliance for the Elimination of Domestic Violence found that 48 percent of Latinas reported that their partner’s violence had increased since they immigrated to the United States (2010:1-3).

Another difficult barrier for Hispanic victims to overcome is related to being part of a culture where family and community are a central component. Liliana Espondaburu, from Casa de Esperanza, states: “A Latina’s sense of responsibility, culture and love for her family ground her. Leaving her family, going to a shelter, and living without this support is overwhelmingly difficult and brings enormous loss. […] A Latina mother’s strong sense of responsibility for her children would probably cause her to choose not to enter such a shelter and separate her family. Services that the domestic violence system offers as resources may actually be, for Latinas, insurmountable barriers” (Latino Families and Domestic Violence 2003:35-36).  Given these strong family values, many Latinas believe that families are supposed to stay together no matter what and that children are supposed to grow up with two parents. Many think that a Latina who cannot keep her family together is a failure.  In fact, it is very important to note that, in Mexico, a law called “abandono de hogar” (abandonment of home) punishes women who leave their homes, even to flee violence. Women convicted of “abandoning the home” often lose custody of their children. Some Mexican women who immigrate to the U.S. erroneously believe that this same law applies here (“Latinas and Domestic Violence”, www.mujereslatinasenaccion.org).

Though abuse exists in all kinds of families, Hispanic victims who face domestic violence have particular needs – culturally, linguistically, and legally. To better address these issues, research and intervention strategies need to take into consideration the unique needs of this particular group. For example, factors such as a strong orientation towards family must be a central component to culturally competent and effective domestic violence programs. Also, Hispanic immigrant survivors of domestic violence should receive information regarding their rights under the provisions of the Violence Against Women Act. Our society needs to know that, regardless of immigration status, victims of domestic violence have legal rights to shelter, restraining orders, and other services that can help them break away from their domestic violence relationships.

What can you do? Community outreach and community education are central to addressing domestic violence – especially within the Hispanic community. If you want to be a part of this great cause, contact Safe Harbor to see how you can help. We are always looking for volunteers and advocates who speak fluent Spanish – if you know someone (or that someone is you), please call us!

Once a Victim; Now a Survivor – Interview with a Former Safe Harbor Client

1)     What was the breaking point that helped you to make the decision to leave your violent relationship?

Maria: I noticed that my boyfriend was becoming too violent, and I wanted to leave for the sake of my children.  I have a 16-year-old girl and a 13-year-old boy, and we were all afraid.  I had been with my boyfriend for about a year and a half when I decided to leave.  I’ve been in another violent relationship in the past, so I knew the warning signs of violence, and I knew that things would only get worse if I stayed.

2)     What were some of the greatest challenges that you faced knowing that you needed to leave?

Maria:  First of all, I was afraid about what might happen if I tried to leave him.  He had threatened me, saying, “If you ever leave, it will just get worse for you.”  I was afraid for my children’s lives and for my own life as well.  I was also worried about what I would do and where I would go if we left.  Luckily, I had been a client with Safe Harbor in the past, so I knew I could call them.  One morning, he was particularly violent towards me before he left for work.  Once he left for work that morning, I immediately called Safe Harbor and asked for shelter for myself and for my children.  We were able to leave our home immediately and come to the shelter.

Once we left, I felt safe at the Safe Harbor shelter.  But, I still faced financial challenges and was worried about how we would make it on our own.  I knew that I needed to make more money in order to support myself and my children.  I was already working part-time, but I started to work more hours.  I am a housekeeper, and I was very pro-active in finding more work and finding solutions to my problems.

3)     What resources helped you to overcome obstacles and work towards healing?

Maria:  The support that I received from everyone at Safe Harbor was very helpful.  Since I speak Spanish as my first language, it was also helpful to have a bi-lingual counselor while I was at the Safe Harbor shelter.  I stayed at the shelter for 8 weeks – during this time, I was able to meet some of my goals (to find more work, etc).  My children and I were accepted into the Safe Harbor transitional housing program at the end of my time at the shelter. So, I have continued to receive lots of support through the Safe Harbor transitional housing program – counseling, case management, assistance for housing costs, financial empowerment classes through the YWCA, etc.  Thanks to the support that we have received, I’ve been able to consistently work hard and stay on track – working towards financial independence.

4)     What accomplishments are you most proud of today?

Maria: I am proud that I am becoming more and more independent, and I feel like myself again.  I feel like I’ve made a change in myself – I now have a life and am living it!  Also, I am proud to see that my children are happy and laughing once again.  I am proud that we have a roof over our heads where we can be a family again and not be afraid of violence.

5)     What words of wisdom do you wish you could share with other victims of domestic violence?

The Shadow Behind Me: A Stalking Story