The Fall by Cheyenne 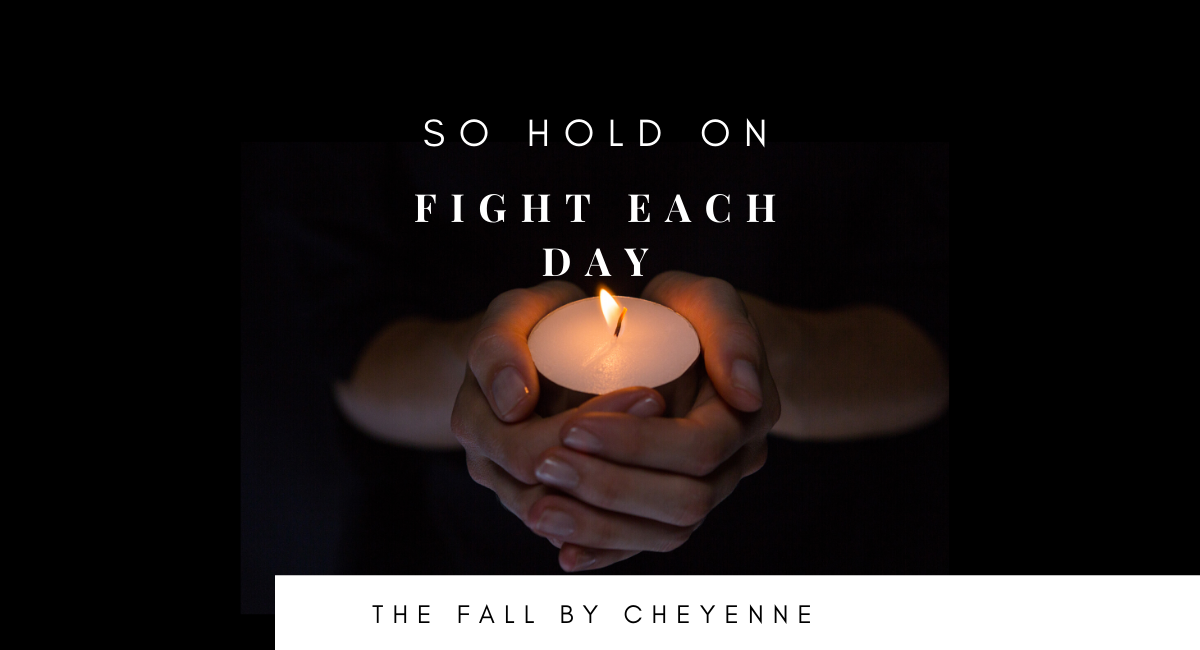 Once there was a little girl, her head was full of curl. She grew only wanting to be loved, but only finding it from God above. As she aged it always felt like she was in a cage. She would always try to fit in, but never really knowing where to begin.

So she accepted that she was plain, yeah you might call her a plain Jane. She got overlook for prom and dates. So she would just stand at the yards gate. Watching others have their fun, if anyone would say hello she would turn and run.

Then one day a man came by and oh what a look he had in his eye.  He told her that she was pretty and asked her out. She had her doubt, she hid them and decided to just go out. After a few times he told her, “you’re a special girl trust me when I say I love you”.

Her heart felt a blaze and then her eyes went a glaze. Could this really be? Does he love me!?! He said all the right words. Then she lets go and gives him her all. Just hoping love would conquer and not fall.

She moves in and at first she’s happy and then her bliss goes a miss. You see this man held a secret life, one she knew nothing about. Then one night her life became shattered. That little angel was beaten and battered. Her dress became tattered then nothing really mattered.

He brought other men in to see her and every time her eyes would blur. They would leave the money and then he would say, “Do it again honey”. Day in and day out she completely lost her innocence no doubt.

You see I know this girl, the one with the curl. As much as I wish it couldn’t be, that girl is me. For years I kept on wishing, every day they would find me out on the lawn. One day after all the pain with nothing left to gain. I tried to end it all, just wanting to fall.

Fall away from the pain and stain. I woke up in a room knowing that I haven’t sealed my doom. I found out that I was able to move on. Life is worth living so much more than you think able.

So hold on fight each day. Forgive yourself despite what anyone might say. You are able to heal even when you feel you can’t. Trust the Lord. Give your all, never again to fall.